On behalf of the UN Family, the UN Resident Coordinator participated in the International Rural Women’s Day celebration, by Business Women Eswatini.

Hosted at Far East Textiles on Friday, 29th October 2021, Matsapha, the celebrations honoured the immense bravery, strength and resilience of EmaSwati rural women, who have borne the brunt of both the COVID-19 pandemic and recent civil unrest.

“As I look at the beautiful faces before me, I am reminded of the words of Atticus: ‘She was powerful, not because she wasn’t scared, but because she went on strongly, despite the fear.’ It is true that each and every one of you are powerful for you have endeavoured, and refused to give in to fear, through challenges that we might have never imagined. From natural disasters such as El Nino – the drought of 2016 and 2017, to the ferocious Tropical Storm Eloise, the devastating COVID-19 pandemic and recently, the civil unrest; we, as women, have collectively endured pain, shock and grief, yet here we stand today,” stated the UN Resident Coordinator, Ms Nathalie Ndongo-Seh.

Established by the UN General Assembly in 2007, the International Day of Rural Women honours “the critical role and contribution of rural women, including indigenous women, in enhancing agricultural and rural development, improving food security and eradicating rural poverty.” This year’s global theme; “Rural Women Cultivating Good Food For All,” celebrated the essential role that rural women play in food systems and bringing nutritious food to all.

The hands of labour of women extend from the production processes to the preparation, consumption and distribution of food. In sub-Saharan Africa, women alone produce 60 to 70 percent of food, whilst across the continent, women are responsible for 50 percent of agricultural activity.

“With a staggering 2.37 billion people hungry worldwide, let us cultivate this strength of rural women, bringing them to the forefront of our battle against food insecurity and indeed, the COVID-19 pandemic,” continued Ms Ndongo-Seh.

In collaboration with Business Women Eswatini, the United Nations is working to empower rural women across the nation through Business Women Eswatini’s Vukani BoMake Project. To date, the Vukani BoMake Project has supported more than 150 women and men, youth and persons with disabilities, to earn a sustainable income, through the manufacturing of textiles. With support from the United Nations Family, three cottage factory containers were provided for the expansion of the Project from three to eleven Tinkhundla.

The International Rural Women’s Day celebrations proved the last engagement of the UN Resident Coordinator, prior to her departure from the Kingdom of Eswatini. Business Women Eswatini thus extended their deep appreciation to Ms Ndongo-Seh, for the support of the United Nations Family, as well her personal support to their Project. 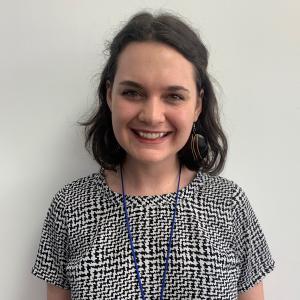