The RCO plays a central role at the country level in coordinating UN operational activities for development. It ensures the alignment of the UN assistance with national development priorities, plans and capacity building in the context of internationally agreed treaty obligations and sustainable development goals. It also works to position the UN system at the centre of development efforts and international cooperation in the country.

The RCO manages and facilitates the development of the overall UN support to the country through the UN Sustainable Development Cooperation Framework (UNSDCF). The latter guides the UN and the Government’s engagement in enhancing the economic and social development of the people of Eswatini. It has three priorities: poverty and inequality reduction, inclusive growth and sustainable development; equitable and efficient delivery and access to social services; and good governance and accountability.

In addition to the UNCT, inter-agency working groups have also been established to strengthen collaboration and improve efficiency and continue the success of the “Delivering as One” modality.

All members of the UN Country Team are accountable to their respective organisations, as well as to the Resident Coordinator for delivering development results outlined in the UNSDCF.

The UN Resident Coordinator in the Kingdom of Eswatini

The Resident Coordinator for the Kingdom of Eswatini is Mr. George Wachira.

Mr. George Wachira of Kenya brings more than 30 years of experience at the interface of development, governance, conflict prevention and peacebuilding. Since joining the UN in 2011, he served as the UN Peace and Development Advisor in Guyana, Lesotho and  lately in Eritrea where he led UN conflict prevention, strategic political analysis, peacebuilding, electoral support, political dialogue, human rights, national reforms and capacity building programmes. He also served as Head of the Governance and Peacebuilding Unit of UNDP in Lesotho.

Prior to joining the UN System, he worked for 20 years in various capacities, including as executive director, for Nairobi Peace Initiative-Africa, a pioneering peacebuilding organisation from where he helped shape peacebuilding practice in eastern, central and western African countries. 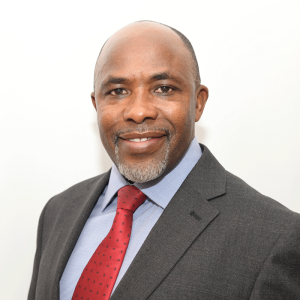 UN Resident Coordinator in the Kingdom of Eswatini
george.wachira@un.org
twitter