On the 7th of April 2022, the Kingdom of Eswatini joined the rest of the world in commemorating World Health Day, with a focus on health and environmental risk factors.

The theme for this year’s commemoration is “Our Planet, Our Health”. The Ministry of Health brought together about 100 stakeholders to deliberate on the impacts of environmental pollution on health. Among the issues that were discussed were climate change and health as well as healthcare waste.

During a panel discussion, the Eswatini Environmental Authority (EEA) made a presentation on environmental pollution while municipalities presented on clean cities. EEA Director for Policy Planning, Mr. Gcina Dladla outlined that there was an emerging threat to health posed by micro plastic which may be available even in the water that people drink every day. He mentioned that from studies conducted by the EEA, 100% of samples collected from local rivers contained feacal contaminants. He added that air pollution caused by health incinerators may also pause a danger to the health of the people and urged that steps need to be taken to limit air pollution, starting in the management of healthcare waste. Meanwhile, towns and cities have complained that they were running out of space to keep waste and urged that people need to minimize the waste that they generate and recycle where possible.

Minister of Health Lizzie Nkosi noted that the country was in the process of strengthening treatment of diseases such as cancer which involves radiation. She said such treatment may come with a lot of waste, hence there is need to think carefully of where that waste will be disposed. “When we look at all these diseases that are exacerbated by climate change you realise that our job as a nation is to try and get back to where we can reduce the emittance that we have into the air, water and the environment,” said the minister.

Mr. Bongani Sigudla, from the Environmental Health Department of the Ministry of Health, observed that COVID-19 increased the volumes and pressure on healthcare waste  management systems, coupled with inadequate resources to properly manage such waste. He mentioned that the country is also faced with a shortage of containment and temporary storage facilities as well as inadequate technology and underperforming incinerators; resulting in poor treatment and pollution. The country is also faced with stockpiles of pharmaceutical and chemical waste, indiscriminate disposal of face masks and diapers as well as dysfunctional wastewater treatment systems, he said.

He urged the country to improve the regulatory framework and its enforcement, strategic planning for healthcare waste management, continual training and awareness as well as coming up with waste minimization strategies.

She thus emphasized that the Government, civil society, nongovernment organizations and communities need to work together, empowering one another to ensure the continued delivery of essential health services during future extreme events such as COVID, while containing the growing incidence of environment- and lifestyle-related diseases.

“We cannot afford to lose sight of the fundamental truth that the climate crisis, the single biggest threat facing humanity today, is also very much a health crisis,” she said. 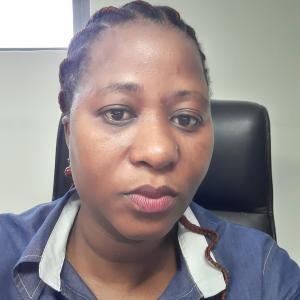