This was the observation of the UNDP Resident Representative, Ms. Rose Ssebatindira, at the commemoration of International Day of the Preservation of the Ozone Layer held today at the Hilton Garden Inn, Mbabane. In attendance was the Minister of Health, Senator. Lizzie Nkosi, and her counterpart at the Ministry of Tourism and Environmental Affairs, Honourable. Moses Vilakati.

Speaking through a statement delivered by her deputy, Ms. Shaima Hussein, Ssebatindira said, based on the country’s reduction of HCFC consumption from 1.02 to 0.32 Ozone Depleting Potential (ODP) tonnes between 2015 and 2019, which is 82 percent below the baseline for compliance, the country is likely to fully comply with the Montreal Protocol and Kigali Amendments to the Montreal Protocol by 2030.

“A year ago we joined the Government of the Kingdom Eswatini to celebrate the country’s efforts in phasing out ozone-depleting substances in the manufacturing sector in 2016,” she said. “However, there is still a lot of work to be done since the consumption of the substances in the service sector still needs to be phased out progressively until 2030 as stipulated in the phase-out schedules under the Montreal Protocol.”

Ms. Ssebatindira further acknowledged the role of the private sector which is critical for realising the agenda 2030 adding that Palfridge Limited Manufacturing plant in Eswatini provides lessons for all that it is possible to accelerate progress towards protecting the ozone layer. UNDP in partnership with Eswatini Environment Authority (EEA), successfully implemented a project that sought to eliminate Ozone Depleting Substances (ODS) at Palfridge manufacturing plant that employs over 500 people. In 2017, the project won an award in Montreal, Canada, for being exemplary.

She highlighted that Stage I of the HCFC phase-out Management Plan comes to an end on the 31st of December 2021 and that preparations for Stage II are already underway.

“UNDP wishes to assure you of its commitment, together with UNEP, towards continuing to support the Government to ensure that the implementation of Stage II of the HCFC Phase-out Management Plan results in the total phase-out of the remaining consumption of HCFCs by January 01st 2030,” she said.

Drawing on this year’s theme – Cooling Without Warming the Planet – Ms. Ssebatindira said there were linkages between the environment, food security and good health and wellbeing, cutting across SDGs 2, 3,12 and 13.

“This year’s theme has further magnified the importance of the Montreal Protocol beyond just protecting the ozone layer and ecosystems. The theme has highlighted that, at the core of all efforts towards keeping us, our food and vaccines cool, is an efficient refrigeration cold chain,” she said.

In response, Hon. Vilakati acknowledged the role of cold chain systems in ensuring access to COVID-19 vaccines adding, although the theme touches on different areas, the health sector should be prioritised because of the pandemic. As a result, represented by the EEA, through the generous support from the Multilateral Fund for the Implementation of the Montreal Protocol, Hon. Vilakati presented 15 Vaccine Carriers worth E45,000 towards the national vaccination programme.

“We do hope this will go a long way in storing and distributing the vaccines countrywide while ensuring good operational practices of vaccine cold chain applications,” he said.

Upon receiving the generous donation, Senator Lizzie. Nkosi first appreciated the vaccine carriers adding that they will go a long way in ensuring that thousands of emaSwati are vaccinated thus reducing the transmission rates and fatalities.

She said protecting the ozone layer is also a health issue because it reduces exposure of all life on earth to harmful UV radiation from the sun. this, said Senator. Nkosi would help to prevent 2 million cases of skin cancer by 2030, according to the Montreal Protocol.

“This is a huge benefit for the health sector, not only in Eswatini but globally as we know that these diseases are on the increase and putting a strain on our health systems in terms of resources, personnel and time,” she said.

She said the Ministry of Health supports all initiatives towards the protection of the Ozone Layer; and are grateful to be part of this commemoration. 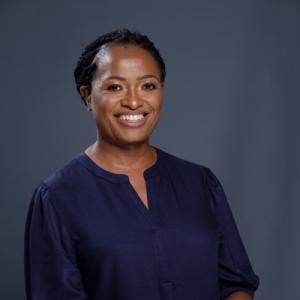