On the 25th of November 2021, the UN Development System and development partners; Swaziland Action Group Against Abuse (SWAGAA), the European Union (EU), Men Engage Swaziland, Women in Law Southern Africa (WLSA) and the Deputy Prime Minister’s Office launched the 16 Days of Activism Against Gender-Based Violence at Hilton Garden in Mbabane.

This year’s ’16 Days’ theme, ‘ORANGE THE WORLD: End Violence Against Women and Girls, Now!’ served as a reminder to stand in solidarity with women and girls to end the practice of gender-based violence (GBV). The Campaign, which runs until 10th December; Human Rights Day, aims to “raise awareness, mobilize advocacy, and inspire action to combat gender-based violence in all of its forms, including sexual harassment, child marriage, female genital mutilation, intimate partner violence, and rape, among other atrocities.”

Although GBV impacts both women and men, women prove exceptionally vulnerable to the devastating effects of the practice.

The launch consisted of a panel discussion with youth and sector representatives, as well as addresses by guests of honour, namely; H.E. the Deputy Prime Minister, H.E. the EU Ambassador, the Acting UN Resident Coordinator, Head of Office at UNFPA, and CEO of Kwakha Indvodza.

Panel discussion representatives included those from the Government, private sector, civil society, faith-based organisations and youth, who shared thoughts on how to end violence against women and girls in Eswatini, with a young male representative, Sakhile Shabangu, stating: "We need to break the toxic masculinity that our fathers instilled in us.”

Panelists continued to discuss the idea that the family structure within the Kingdom of Eswatini “largely appears to be breaking down”, with Bongani Simelane from the Biker's Association, emphasizing that males within families must behave as gentlemen: "A man can do almost anything, but a gentleman cannot."

As global lockdown measures and school-closures are implemented across the world, cases of gender-based violence have dramatically increased with calls to hot and helplines in some countries increasing five-fold, to primarily report cases of intimate partner violence, during the COVID-19 pandemic.

The Honourable Deputy Prime Minister continued that; “poverty has contributed enormously to the high increase in GBV cases, and thus, the [our] priority should be poverty eradication."

The Head of Office at the United Nations Population Fund (UNFPA), Margaret Thwala-Tembe, stated that as a country, "we are making progress to eliminate GBV, but it is a long road." 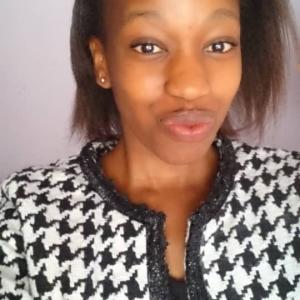